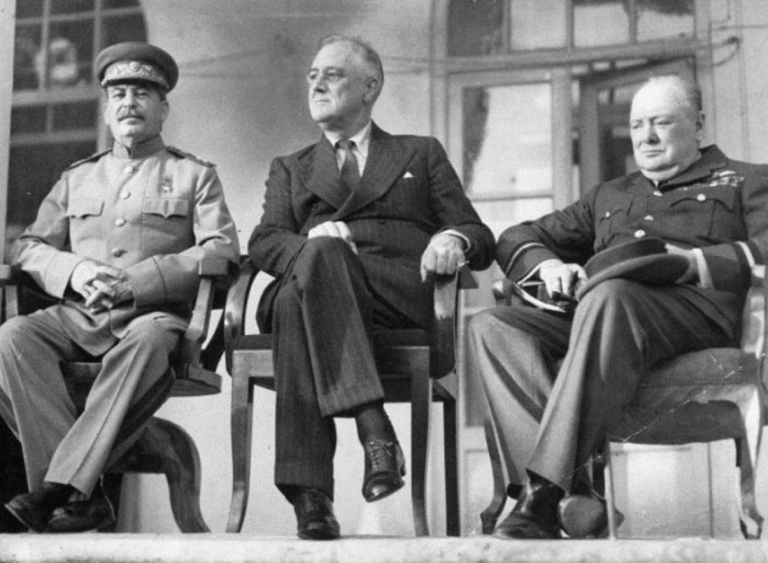 The Grand Alliance in the picture above (World War II), known as the “Big Three”: the Soviet Union, the United States, and the United Kingdom, or their leaders Joseph Stalin, Franklin Roosevelt and Winston Churchill. In the Pharmaceutical world we know them as Amerisource Bergen, Cardinal and McKesson.

As the date for the transition to the new DSCSA requirements approaches, a lot of attention is being paid to the actions of the “Big Three” pharmaceutical companies – AmerisourceBergen ,CardinalHealth, and McKesson. These three companies have a massive amount of influence over the rest of the pharmaceutical industry, so their decisions and announcements regarding DSCSA requirements carry implications for all other companies in the industry.

Updates from AmerisourceBergen on GTIN Repository

AmerisourceBergen and CardinalHealth issued statements this past April regarding serialization requirements. In terms of GTIN repository, AmerisourceBergen says that manufacturers must use the Healthcare Distribution Alliance’s official GTIN repository to handle master data for products as well as GTINS for all products covered by the DSCSA.  The company says that the decision that was born out of an industry need to establish “one source of truth” for GTINs and their attributed data. This was done in order to stop wholesalers and manufacturers from receiving repetitive data requests.

AmerisourceBergen also commented on the future of the Advanced Ship Notice. The company says they are willing to pilot, test, and potentially cut over to EPCIS for all Transaction Information deals prior to 2023, assuming manufacturing partners can send a serialized data through EPCIS 1.2 next year.

CardinalHealth released their communication about Verification Router Service. VRS is a solution to assist manufacturers in aggregating shipment data. It is hoped that the improved ease of aggregating data will convince more manufacturers to aggregate.

CardinalHealth’s statement says that manufacturers send aggregated data along with every shipment so that identifiers for products can be internally verified. VRS has manufacturers subscribe to a third party routing service which brokers the different requests for verification, allowing manufacturers to maintain their own databases of serial numbers.

AmerisourceBergen also supports VRS as a possible solution that lets wholesalers verify product information through a secure and connected network.

In terms of Data Exchange via EPCIS, McKesson expects to be utilizing EPCIS 1.2 or higher. The company expects to do Unit to Case aggregation as well as Case to Pallet Aggregation with a SSCC label for the pallet. McKesson plans to handle returns verification by sending data through EPCIS or VRS.

McKesson also clarified that they would be using HDA for case labels, and using the HDA New Product From for new Rx products. In terms of GTIN, McKesson will be using the US G1 Standard.

Let’s take a look at what we known about the position of each of the Big Three companies.

Essentially the Big Three distributors want two main things out of those grappling with the new DSCSA requirements. They want to ensure labels for all goods and products are correct and that the right serial data is sent to them. It remains to be seen how effective the EPCIS system will be when dealing with distributors, but hopefully the transition to the new requirements will occur with fewer problems now that the Big Three have clarified their positions on a few things.